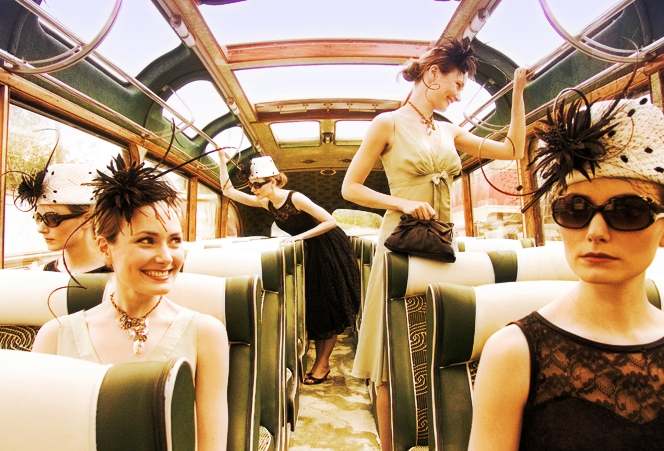 We are currently going through our massive image archive that covers almost 25 years of hat making at Herald and Heart. During those years it has been a pleasure to work alongside many great designers in interesting locations with truly wonderful models and actors.

One of our most constant hat models has been the actress Anna Madeley who we met purely by chance when she was appearing in a play at The Riverside Studios in Hammersmith back in 2000.

This image is from our 2006 collection. We were looking for locations and found what appeared to be an old bus and coach graveyard. The coach in this picture is from the 1950’s.

The hats are a feather a quill explosion on a sinamay crown and a hand blocked fez with spotty veiling and feather and quill.